Night Parrot Productions is a new ensemble, which includes actors, a theatre director, a video artist, a choreographer, and a sound designer.

Together, we set out to explore dynamic new relationships between projection, live performance, theatre and architecture.

We are interested in immersive experiences, new ways of engaging audiences, and working in traditional theatre venues, as well as tailoring work specifically to unique sites. We seek to find exciting new meeting points between the human body and technology, architecture and audience, storytelling and images. 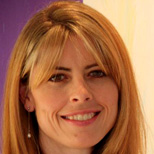 Katy is a theatre director and producer, exploring immersive theatre and the relationship between screen and live performance. A Directing graduate of NIDA, her directing and producing work includes Mark Ravenhill & Abi Morgan’s Sleeping Around at Downstairs Belvoir, the award-winning Through by Jane Bodie for Shorter & Sweeter at The Studio – Sydney Opera House, and Defenses with Griffin Searchlight. In 2005, Katy worked with Cicely Berry from the Royal Shakespeare Company, workshopping new Australian scripts at Theatrelab, and in 2006 worked with the great American playwright, Edward Albee. In 2009 she was Creative Director of Sydney Ghost Stories at the Old Fitzroy (Picture This Productions, Stories Like These & Tamarama Rock Surfers), and directed the short works by Stephen Sewell and Tobsha Learner. Katy also has an Honours degree in Fine Arts & Film Studies from the University of Sydney, and is currently working on her PhD in theatre and new media at UNSW. 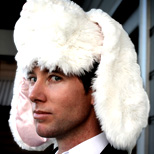 Louis employs the latest developments in new technology to produce artworks in various media. His most recent work, Whatever, is currently on display at the AGNSW, as part of the Archibald, Wynne & Sulman Prizes. 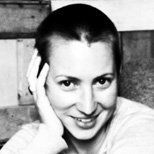 Tanya is a choreographer and performer of dance theatre works in collaboration with local musicians and theatre directors. A graduate of VCA she has presented at MCA’s Soapbox, Short+Sweet Dance and Sydney Fringe Festivals. She is Artist in Residence at Blacktown Arts Centre 2012 with musician Adrian Elmer and was a recipient of AIR at Bundanon in 2011. 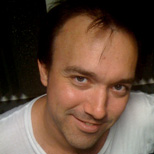 Braedy has a career spanning 20-years, composing for the screen, song writing and music/sound production. His screen composition credits feature many high-end broadcast and feature film productions including Farscape, Doomrunners, Dreamtime to Dance, Pacific Drive and The Sleepover Club for companies such as Village Roadshow Pictures, Matt Carroll Productions, The Jim Henson Company, Nine Films & Television and the ABC. His reputation as an expert in music technology has led to many teaching roles at institutions such as AFTRS and AICM.Stage credits include composition and sound design for Bug, Sydney Ghost Stories, and Junction in collaboration with Katy Alexander.